Here is the 7th Annual Idaho Trout Unlimited’s ten trout tales, or stories affecting trout, salmon and steelhead and their watersheds in Idaho.   You can find the previous top ten here for 2014, 2013, 2012, 2011, 2010 and 2009.  There are always a lot of wild trout tales out there and we try to feature some from around the state.  This year we see much good work going on at the local level.

1. Warm water temperatures and low flows were bad for returning Snake River Sockeye Salmon where an estimated 90 percent of the run died before reaching Ice Harbor Dam.  Also, the temperature spikes in streams led to fishing closures in locations in Washington, Oregon and Montana, but escaped Idaho due to the higher elevations 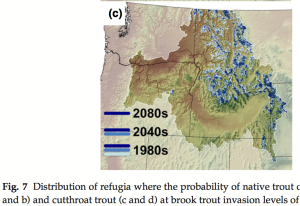 One of the maps from the climate shield research paper.

2. Idaho could well be the “climate shield” for some wild trout and salmon species in the coming decades as water temperatures increase.  A research paper (.pdf) from Forest Service scientists outlined their mapping efforts, first reported in March, and then again in November in a presentation to the Northwest Power and Conservation Council.  A late December series of articles on climate change and potential effects on the Gem State were published by daily newspapers in the state, including an Eric Barker story “Climate Change: Idaho could be haven for native fish” first published in the Lewiston Morning Tribune and on December 30 the front page of the Idaho Statesman.

3. The Federal Energy Regulatory Commission staff recommended against the Bear River Narrows hydroelectric project in and Environmental Impact Statement released in October 2015.  will not go away.  Opposition to this project, that includes a large cross section of society, is still organized yet this project is one of those that refuses to go away.

4. The US Fish and Wildlife Service released its Bull trout recovery plan in September 2015.  Since the listing of Bull trout in 1998 there had been earlier attempts by FWS to develop recovery plans which were never completed until this plan.  Some conservation groups immediately said they would sue FWS claiming that the plan falls short of recovering bull trout.  And no more than a week later the notice of intent to sue was in the newspapers.

5. A February 16 sportsmen rally supporting public lands in Idaho included many anglers who pointed to the Federal lands as essential to Idaho’s fish and wildlife habitat.   After two years of Idaho Legislature meetings and hearings, one statement in the interim committee final report came through:

In the Committee’s numerous meetings and hearings around the State, it heard consistent support for continued public access to public lands regardless of their management by the federal government or the State. The Committee found little support for the sale of any federal lands to private entities after being transferred to the State except where limited sales or exchanges might consolidate retained lands.

Perhaps the tide has begun to turn against the talk about the state trying to takeover the Federal lands.  Legislation to join Utah in a compact to take over Federal lands was rejected.  A concurrent resolution passed which supports working with the Federal land management agencies under the Good Neighbor Authority enacted by US Congress in 2014. 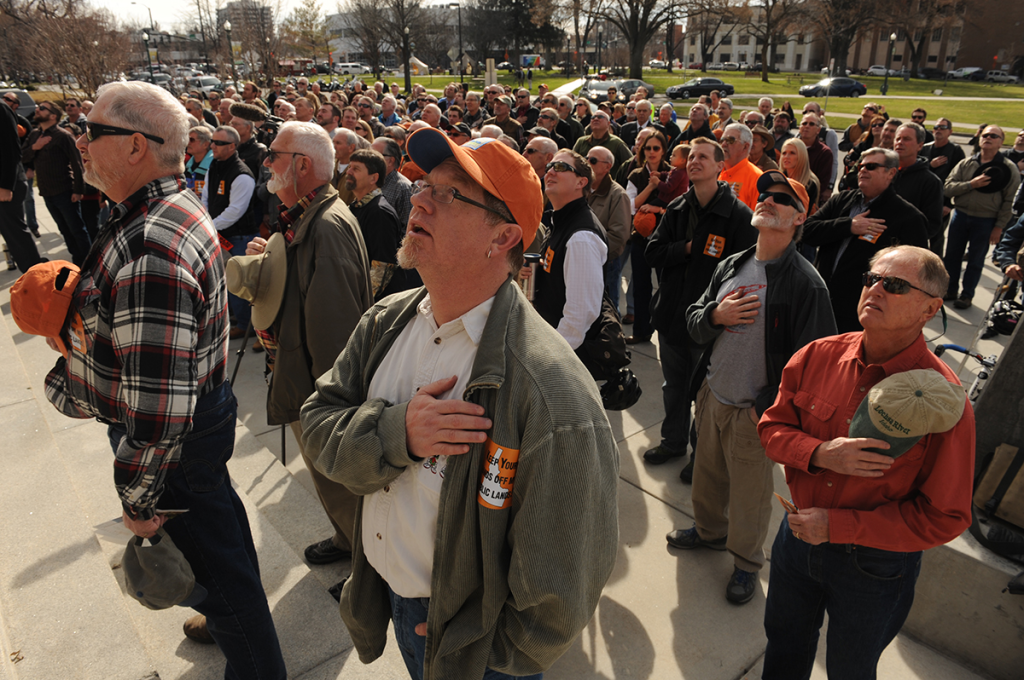 Sportsmen rally for public lands at the Idaho Statehouse.

6. Steelhead are in the Potlatch River, and Idaho Fish and Game is working with many agencies and others as watershed restoration efforts continue with this little-known population.  The Potlatch River is not one that comes to mind for harboring steelhead habitat, or as a quality fishery, but the history of steelhead using the watershed for spawning and rearing habitat inspired the many agencies to engage, and according to IDFG monitoring they are getting some results.

7. The new Wilderness designations for the Boulder White Clouds country comes after some forty years of efforts to protect the Castle Peak area first achieved in the Sawtooth National Recreation Area Act of 1972.  Idaho Rep. Mike Simpson finally succeeded in his efforts to achieve a Wilderness protection statute for some 300,000 acres of Forest Service and BLM lands. 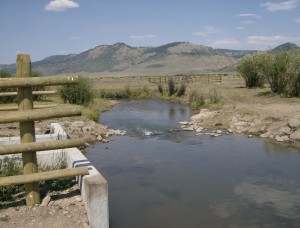 8. Yellowstone cutthroat trout in the upper Blackfoot River are getting additional help in population recovery thanks to a USDA grant to help pay for upgrades to two existing irrigation diversions.  The work is part of the Upper Blackfoot confluence, a group that includes includes Agrium-NuWest, Idaho Conservation League, J.R. Simplot Company, Monsanto, and Trout Unlimited. “We are beginning a new chapter in conservation history with the rollout of the successful Regional Conservation Partnership Program grant applications here in Idaho,” said TU’s Matt Woodard. “Trout Unlimited looks forward to rolling up our sleeves and working with farmers and ranchers on conservation efforts to restore native Yellowstone Cutthroat trout in the Upper Blackfoot River Watershed.”

9.  The power of volunteers is demonstrated at Twin Lakes in northern Idaho where the Twin Lakes Improvement Association has organized a multi-year effort to reduce soil and stream bank erosion on the Fish Creek tributary to the Twin Lakes.   The Coeur d’Alene Press reported in August 2015 that the, “The Fish Creek project on the Easterday Ranch has been a collaboration between the all-volunteer TLIA, property owners, concerned citizens, recreational users, ranchers, foresters and local and state agencies the past three years.”

10. Partnerships in the Upper Salmon River basin in central Idaho have been ongoing since the 1992 formation of the Lemhi Model Watershed Project during the Governor Cecil Andrus administration in response to several salmon species were listed as threatened under the Endangered Species Act.  Over the years landowners, conservation interests and agencies found a way to work together to get things done on the ground.  The year 2015 marks the time that one of the leading landowners involved in the collaborative conservation efforts began serving in the Idaho Legislature. Merrill Beyeler took office as a State Representative in District 8, a vast, sprawling district across central Idaho.  His partnership work at his ranch is profiled in the video below.