Sportsmen and women in Idaho are concerned about a proposed law working its way through the Statehouse in Boise that could have drastic impacts on hunting and fishing access in the Gem State.

While Trout Unlimited agrees there could be some improvements in current trespassing laws in Idaho, there are some issues with House Bill 536, which would remove the requirements for landowners to post their property as private. 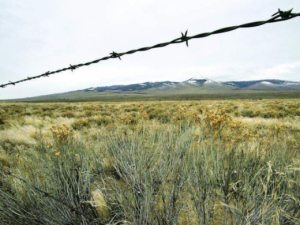 Removing these requirements would likely invite accidental trespassing, not prevent trespassing as the bill’s authors claim. In fact, should it become law, would muddy the state’s trespassing statutes and potentially confuse legal access to public lands. There are literally thousands of fences stretched across public land to denote grazing allotments. By not requiring landowners to post their land, confusion of what’s private and what’s public will get worse.

In fact, it’s almost as if the bill’s authors are trying to play “gotcha!” with sportsmen and women. It simply makes no sense.

TU also has concerns about the bill’s language that would levy a felony charge for repeat offenders who might think they’re on public land, but because no signs exist to warn them otherwise, they could be unknowingly guilty.

Taking away fishing and hunting privileges in such cases seems more appropriate than a felony charge, and would likely act as a large deterrent to hunters and anglers. But the larger issue still looms: unposted land adds confusion to the access issue.

But perhaps TU’s greatest concern is the fact there was no efforts made to include sportsmen when language for the bill was crafted. The bill was released to the general public after a print hearing on Feb. 8. Rep. Judy Boyle testified as the sponsor of the bill and stated she had been working on it for years. If that is the case, why weren’t sportsmen and women included in the discussions? Governing should be inclusive, and this bill is anything but.

During a House Agricultural Committee hearing on the bill, representatives of the Idaho Sheriff’s Association of Counties and the Idaho Prosecuting Attorneys Association also said their organizations knew nothing of HB 536 until it was printed. They expressed concern that the bill could be indefensible in court and, perhaps, even unconstitutional.

We encourage Idaho sportsmen and women—and hunters and anglers who visit Idaho to fish and every year and contribute to Idaho’s robust outdoor recreation economy— to reach out to Idaho’s legislators and make it clear that changes in the trespassing laws should be considered, but those changes must be done in the light of day and in collaboration with all the impacted parties.

Ask them to vote no on House Bill 356. You can find your state lawmakers here.

Michael Gibson is the Idaho Field Coordinator for Trout Unlimited’s Sportmen’s Conservation Project. He is currently spending a lot of time in the Idaho Statehouse in Boise.